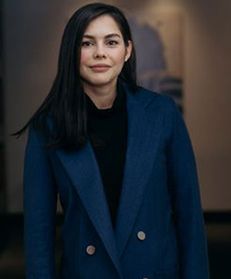 Estefanía Ponce Durán is an associate at Posse Herrera Ruiz. She concentrates her practice on dispute resolution.

He has more than 10 years of experience in commercial and investment arbitrations under the ICC, CIRD, UNCITRAL, Swiss, ICSID and Bogotá Chamber of Commerce Regulations, representing States, state entities, commercial companies and foreign investors, in the sectors transportation, oil & gas, infrastructure, port services and electric power. Also, she has acted as secretary in commercial and investment arbitrations under the UNCITRAL and ICC regulations. Before joining Posse Herrera Ruiz, she worked in the Paris office of Cleary Gottlieb Steen & Hamilton, Zuleta Abogados and ProColombia. She has been admitted to the practice of law in Colombia, and to the bars of the State of New York and Paris.

He is an officer of the Public Law Committee of the IBA  and a member of the Executive Committee of CLA-40. She has been the regional representative for Latin America of the LCIA-YIAG and a professor at the Universidad de Los Andes in the courses on International Dispute Resolution and Public International Law.