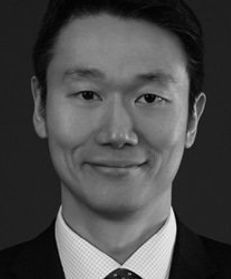 Ernest Yang is co-head for international arbitration in the Asia-Pacific region at DLA Piper. His main area of practice is in commercial litigation and arbitration. He is experienced in handling international disputes covering areas such as sale of goods, trade and commodities, joint ventures, energy and offshore projects, international investment and technology. Mr Yang is experienced in handling arbitration disputes in a variety of venues including Beijing, Hong Kong, Singapore, London and Stockholm before arbitral institutions such as the Bangladesh International Arbitration Centre, the China International Economic and Trade Arbitration Commission (CIETAC), the Hong Kong International Arbitration Centre (HKIAC), the ICC, the LCIA, the London Maritime Arbitrators Association, the Arbitration Institute of the Stockholm Chamber of Commerce (SCC), the Singapore Chamber of Maritime Arbitration, the Shanghai International Arbitration Center and the SIAC.Mr Yang was appointed a member of the Chinese People’s Political Consultative Conference (CPPCC) in Shanghai in 2013, with a mandate to help Shanghai develop into an international arbitration centre. In 2015, Mr Yang was part of a team that submitted the proposal ‘Building Shanghai into a Ship and Aircraft Finance and Leasing Centre’ to the China (Shanghai) Pilot Free Trade Zone. This proposal was recognised as one of the ‘Outstanding Proposals of the Year’ in 2016. Mr Yang was promoted to the standing committee of the CPPCC in Shanghai in January 2019.Since 2011, he has started to accept appointments as arbitrator and has been appointed as arbitrator in various jurisdictions (including as a sole arbitrator) on many occasions.