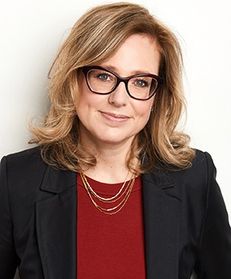 Erica Stein focuses her practice on international arbitration, including both commercial and investment arbitration matters. Ms. Stein’s work focuses on disputes in the life sciences space, as well as disputes involving the interplay between arbitration and EU law, particularly in the investment treaty context. Ms. Stein also has particular expertise in issues relating to the enforcement of arbitral awards and agreements under the New York Convention.

Ms. Stein has also sat as arbitrator in numerous proceedings, having acted as Chair, Sole Arbitrator or co-arbitrator in proceedings conducted under the arbitration rules of the ICC, UNCITRAL, LCIA, CEPANI, the Danish Institute of Arbitration, and the German Institution of Arbitration. Ms. Stein is also on the list of arbitrators of several further arbitral institutions, including the Hong Kong International Arbitration Centre.

Ms. Stein is recognized as an expert for her broad work experience in all aspects of arbitral practice. Ms. Stein has been selected to The International Who’s Who – Arbitration every year since 2012, garnering praise for her “incisive and insightful comments” and “strategic acumen,” and because “she is very good at what she does.” Ms. Stein has also been selected by clients and peers as a “Thought Leader” among practitioners. She is also recommended by The Legal 500 EMEA 2018 and 2019.

Ms. Stein is the Vice President of the DIS Arbitration Council (German Arbitration Institute) and a member of the Task Force for the Revision of the 2010 IBA Rules on the Taking of Evidence. She also represents Belgium at the ICC Commission on Arbitration and ADR and, in this capacity, was part of the ICC Task Force on Emergency Arbitrator Proceedings. Ms. Stein serves on the Academic Committee of the CEPANI (the Belgian Centre for Arbitration and Mediation) and the Editorial Board of b-Arbitra, the Belgian Review of Arbitration (Wolters Kluwer). Ms. Stein also served for six years on the Standing Committee of the ICC International Centre for ADR, four of which as Vice President.