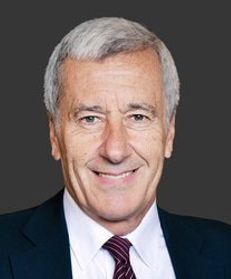 Emmanuel Gaillard founded and headed Gaillard Banifatemi Shelbaya Disputes practice. He advises and represented clients in commercial and investment treaty arbitrations, and regularly acted as arbitrator and expert witness. He was universally regarded as a leading authority and a star practitioner in both these fields. A professor of law in France and teaching as a visiting professor of Law at Yale Law School and Harvard Law School, Emmanuel Gaillard had written extensively on all aspects of arbitration law, in French and in English. He was a co-author of a leading treatise in the field (Fouchard Gaillard Goldman On International Commercial Arbitration), and had also authored the first published essay on the legal theory of international arbitration; the volume, originally published in French (Aspects Philosophiques du droit de l’arbitrage international), was subsequently published in English (Legal Theory of International Arbitration), as well as in Arabic, Chinese, Spanish and other languages. He also co-authored the UNCITRAL Secretariat Guide on the New York Convention. Emmanuel Gaillard chaired the International Arbitration Institute (IAI) and was the first President and one of the co-founders of the International Academy for Arbitration Law (AIDA).