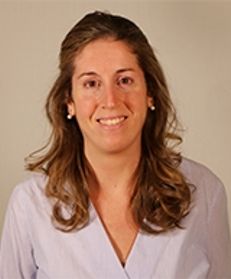 Elisa is a senior associate in Garrigues’ litigation and arbitration department. Her practice focuses on cross-border litigation and international arbitration. She has acted as counsel or as arbitral secretary in both ad hoc and institutional arbitrations, namely, under the ICC, LCIA, CAM and TAS/CAS rules and in multiple venues, such as Paris, Madrid, London, Zürich, Geneva, Lausanne or Bucharest, among others, and under different legislation, such as that of Spain, France, Algeria, Peru, Mexico, United States, Panama, the United Kingdom, Qatar, Israel, Romania, China, among several others.

Elsewhere, she has also acquired specific experience in construction disputes and in FIDIC contracts, where she has assisted clients from the preparation of claims to the employer, to adjudication before DABs and arbitration.

Elisa currently lectures on International Litigation at IE University (Bachelor of Laws, LLB). Moreover, she collaborates frequently with educational entities, such as Centro Estudios Garrigues, and universities, such as Universidad Autónoma de Madrid, lecturing on international arbitration matters and arbitrates every year in the Willem C Vis International Commercial Arbitration Moot and the Moot Madrid. She has also coached the Vis Moot team from ICADE, Comillas Pontifical University of Madrid.

At present she is a co-chair of the Spanish Arbitration Club under 40 (CEA -40) and a member of the Madrid Bar Association; LCIA Young International Arbitration Group (YIAG); Groupe ASA des Jeunes Praticiens de l‘Arbitrage (ASA Below 40) and ICDR Young & International of the AAA (ICDR Y&I).

She speaks five languages (English, Spanish, French, German and Italian) and has a working knowledge in Portuguese and Russian.

Double degree in Law and in Business Administration and Management from Universidad Carlos III, Madrid.