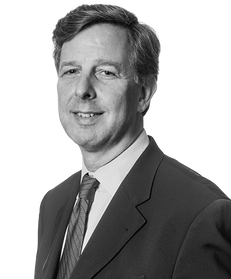 Richard Kreindler is a partner of Cleary Gottlieb Steen & Hamilton LLP in Frankfurt and New York and has specialised in international disputes matters since 1985. He is a US national, was educated in the US and Germany, is admitted to the Bar in New York and Paris, and is a professor of law in Germany. Based in Frankfurt, he also works regularly from the firm’s New York office as well as in Eastern Europe, Latin America, East Asia and the Arabian Gulf.   He has acted as counsel, arbitrator, expert and mediator in numerous commercial and investment-treaty based arbitrations, focused on energy, infrastructure, post-M&A, IP and public international law. He has been listed in the Top 10 and Top 20 arbitration practitioners worldwide by Global Counsel and Cross-Border Quarterly; he has also regularly been ranked as a world-leading counsel and arbitrator in Chambers, Who’s Who Legal, The Legal 500, Juve and others. He has authored numerous treatises and other publications and lectures; his lectures in 2012 at the Hague Academy of International Law are published in Volume 361 of the Collected Courses. He chaired the global working group resulting in the International Bar Association Rules on Taking of Evidence in International Arbitration (2010).  He is a Fellow and chartered arbitrator of the Chartered Institute of Arbitrators, London. He has served in an editorial or advisory capacity for, among others, Arbitration International, German Arbitration Journal, German Institution of Arbitration, Global Arbitration Review, ICC Institute of World Business Law, International Arbitration Law Review, International Legal Materials, Revue de Droit des Affaires Internationales, Swedish Arbitration Association and Vienna International Arbitration Centre.