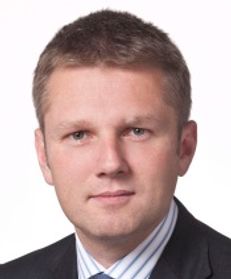 His practice focuses on international arbitration, both commercial and investor-state. He has represented clients before most major arbitral institutions, as well as in ad hoc proceedings. For example, Dr. Koepp has participated in international arbitrations sited in London, Paris, Geneva, Stockholm, Hong Kong, Vienna and Munich, governed by the substantive laws of England, Poland, Greece, the Netherlands, Germany and Switzerland. He is particularly experienced in multijurisdictional disputes arising out of energy, joint ventures, telecommunications and financial services.

Dr. Koepp also advises on public international law issues and the litigation of international disputes in state courts. He has particular experience in the fields of jurisdiction, conflict of laws and international judicial cooperation. Dr. Koepp is also experienced in ECHR matters, acting both on the complainant and the respondent side.

Prior to joining private practice, Dr. Koepp worked as a research fellow at the University of Geneva for two years. During this time, he completed his doctoral thesis, which analyzed and compared various third-party procedures in the field of international dispute settlement. He taught law at universities in Switzerland, Germany and Spain.

Dr. Koepp also serves as arbitrator, both as sole and party-appointed arbitrator, and is included on the roster of several major arbitral institutions. He is the founder and current chairperson of the London Chapter of the German Institution of Arbitration (DIS). He speaks German, French and Spanish fluently.