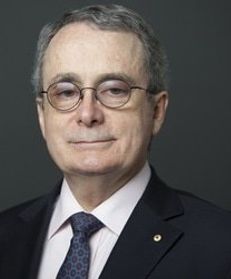 The arbitrations in which he has been involved include infrastructure, energy, commodities, intellectual property, commercial and joint venture, and investorstate disputes spanning more than 30 jurisdictions around the world.

Doug is a door tenant at Atkin Chambers in London and has chambers in Sydney, Australia and Toronto, Canada.

Prior to his full-time practice as an arbitrator, Doug gained 40 years’ experience as an international transactional and disputes projects lawyer.

Doug is acknowledged as a leading arbitrator and is highly ranked in a number of leading publications. Most recently, in 2021, Chambers Asia-Pacific recognised Doug as ‘undoubtedly one of the top commercial and construction arbitrators in the world’ with ‘tremendous energy’ and ‘exceptional experience’. Doug has maintained his Band One ranking in the international arbitration category for an 11th consecutive year.

Doug is an officer of the Order of Australia, an honorary bencher of The Honourable Society of Gray’s Inn and one of only four companions of the Chartered Institute of Arbitrators.