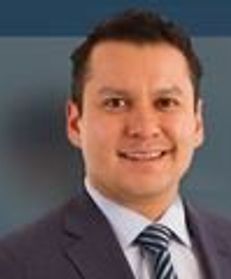 David Toscano is a senior associate at Ferrere Ecuador, where he develops the international arbitration practice. David is an arbitration practitioner with experience in high profile international disputes under ICSID, ICC, and UNCITRAL Rules. Currently, David acts as counsel representing major foreign companies in UNCITRAL arbitration proceedings in both commercial and investment disputes. Before joining FERRERE he worked at Three Crowns LLP in Washington DC, where he actively participated in one of the largest ICC cases in history between a US Oil major and the Venezuelan National Oil Company, PDVSA. David also assisted in parallel proceedings before an ICSID tribunal against the Republic of Venezuela and was part of the teams dealing with disputes under Bilateral Investment Treaties (BITs) protecting investments in the territories of Panama, Spain and Romania. David Toscano is currently serving as Lecturer in the Faculty of Law at Universidad San Francisco de Quito, teaching Oral Advocacy and Contracts. David regularly acts as speaker in important arbitration conferences and is part of the Young Arbitration Practitioners Committee of the Ecuadorian Arbitration Institute. He is also a member of the ICC Young Arbitration Forum (ICC YAF) and the LCIA Young International Arbitration Group (YIAG). David holds a master’s in Corporate Law from the University of Cambridge (United Kingdom) and a master’s in European Union Competition Law from King’s College London (United Kingdom). He was admitted to the Ecuadorian Bar in 2012.