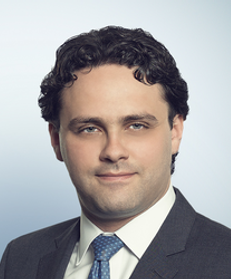 David is a special counsel in Freshfields’ dispute resolution group, based in New York. He frequently represents clients in a wide array of complex cross-border litigations pending before federal and state courts in the United States, as well as in criminal, regulatory and internal investigations. David has extensive experience in arbitration-related litigation in US courts, including actions to enforce or vacate arbitral awards. He also has substantial experience representing, and litigating against, sovereigns and sovereign owned entities in US courts. David has been recognised as a rising star by The Legal 500 and the New York Law Journal and has been recommended by The Legal 500 for General Commercial Disputes. David received his JD from New York University School of Law in 2005, where he was a member of the Annual Survey of American Law. In 2002, he graduated with the highest distinction from the University of Michigan. David previously worked as a legal advisor to the Permanent Mission of the Republic of Palau to the United Nations and in 2006 clerked for Judge Theodor Meron of the International Criminal Tribunal for the Former Yugoslavia.