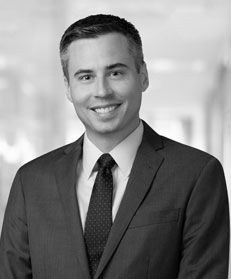 David regularly provides transactional and pre-dispute advice to clients on a wide range of issues such as the construction of arbitration clauses in commercial contracts, third-party funding, risk analysis and mitigation, and sovereign immunity.

Before joining Morrison & Foerster, David was an international arbitration and litigation associate in the London, Paris and New York offices of another leading international law firm. He served as a law clerk to the Honourable Andrew J Peck of the United States District Court for the Southern District of New York in 2009.

David received his JD from Columbia Law School, where he was a Harlan Fiske Stone Scholar, recipient of the Parker School Certificate for Achievement in International and Comparative Law, and editor-in-chief of the Columbia Journal of Transnational Law. He received his AB from Harvard University. He is admitted to the New York bar.