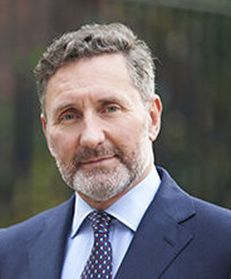 David Brynmor Thomas QC is a Queens Counsel who specialises in the conduct of complex, high-value, international commercial litigation and arbitration. He has extensive experience in handling disputes arising from long-term commercial relationships and construction projects across a range of industries, including energy and natural resources, transport and other infrastructure, manufacturing, ship-building and aviation. He has been counsel on cases involving projects and other assets in the United Kingdom, India, Asia, Australia, the Middle East, Africa and the Americas. David also appears in arbitration applications for injunctive relief in support of arbitrations, on challenges to awards on jurisdictional and procedural grounds, and on the enforcement of international arbitration awards. David is an honorary professor in the Centre for Commercial Law Studies, Queen Mary University of London, where he teaches International Construction Contracts and Arbitration. He has been appointed as an arbitrator in institutional and ad hoc arbitrations on more than 50 occasions. David is a former chair of the Board of Trustees of the Chartered Institute of Arbitrators, having represented the Chartered Institute at the United Nations Commission on International Trade Law (UNCITRAL) Working Group on International Commercial Arbitration for its work on amendments to the UNCITRAL Model Law and the UNCITRAL Arbitration Rules. He is also a member of the International Chamber of Commerce’s (ICC) Commission on Arbitration. David was a partner in Herbert Smith, specialising in International Arbitration and Construction disputes, before practising at the independent Bar. He was appointed Queen’s Counsel in 2019, only eight years after being called to the Bar. David is recommended by The Legal 500 for international arbitration, both as counsel and as arbitrator; Chambers & Partners for international arbitration: English Bar (Worldwide) and most in-demand arbitrators; and Who’s Who Legal as one of their Thought Leaders in Arbitration, and for work as counsel and arbitrator for construction and litigation.