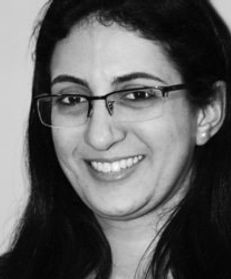 Dr Dalia Hussein is the deputy director of the Cairo Regional Centre for International Commercial Arbitration (CRCICA) since September 2017. Prior to her promotion as deputy director, she has been a legal advisor and was entrusted with case management of complex arbitration proceedings at CRCICA. She is also a lecturer at the faculty of law, commercial law department, Zakazik University as well as at the American University of Cairo.Before joining CRCICA, Dr Hussein worked as an administrative prosecutor in Cairo for many years, during which she was seconded at the department of international cooperation at the Ministry of Justice. After her resignation, she was a practising lawyer in an arbitration law firm based in Cairo where she represented states and private parties in complex commercial and investment disputes before many institutions including CRCICA, the International Centre for Settlement of Investment Disputes and the Dubai International Financial Centre. She also taught business and contract law at the French and British universities in Egypt and international commercial arbitration for LLM students at the French section of the faculty of law at Ain Shams University. She was a visiting scholar at Lyon III University in 2005 and worked as an external legal expert for Arab and Islamic laws at the Swiss Institute of Comparative Law. Dr Hussein has participated as speaker in many conferences and has several articles published in learned Egyptian and international journals.She holds a Maîtrise en Droit from Paris I-Pantheon-Sorbonne University, a LLB from Cairo University (2000), a LLM in international law from Paris II-Pantheon-Assas University (2001), an LLM in private law from Cairo University (2003), and a PhD in international arbitration from Cairo University (2007).