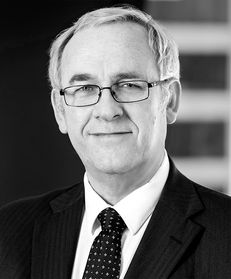 Practising widely in building and construction law for more than 36 years, Dale has also developed particular expertise in the resolution of commercial disputes on construction and engineering projects through litigation, arbitration and alternative dispute resolution techniques throughout Australia and in various international jurisdictions. He has conducted numerous arbitration proceedings, including domestic arbitrations in various states and territories of Australia as well as international arbitrations, both ad hoc and institutional (including under the ICC Rules, the UNCITRAL rules and the EDF Rules).

Dale is regarded as one of the pre-eminent construction lawyers in Australia and his expertise has been widely recognised in various legal directories and publications. Dale is ranked as leading in the Construction field by Chambers Asia Pacific (2013–2022), ‘Pre-eminent’ in Construction and Infrastructure Litigation by Doyles Guide (2017–2022) and has been voted by peers as one of Australia’s best lawyers in construction/infrastructure and litigation (2008–2022).