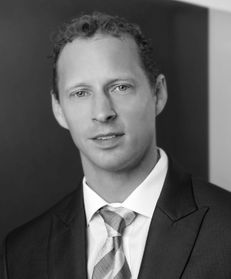 Clive is a partner in the major projects and construction team of Clayton Utz in Perth. He is admitted as a barrister and solicitor in the Supreme Court of Western Australia, the Federal Courts of Australia and as a solicitor in the Supreme Court of England and Wales. His practice focuses on major construction, engineering, infrastructure and resource projects in Australia and abroad.

Clive has represented clients in mediation, adjudication, arbitration and litigation in many jurisdictions, including advising on disputes in Australia, the United Kingdom, South Africa, Mauritius, Cote D’Ivoire, Ghana, Burkina Faso, India, Indonesia, Papua New Guinea, Japan, Singapore and Hong Kong. He has leading credentials in Australia in both domestic and international arbitration and regularly acts in major disputes across the construction, energy and resources industries, including appearing as counsel in arbitrations and on procedural applications in the Australian Federal and Supreme Courts relating to international and commercial arbitrations. He has acted in matters governed under various arbitral rules including UNCITRAL, ICC, AFSA, HKIAC and SIAC rules.