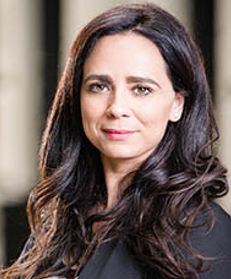 Dual national (Italian/British) and dual qualified as Avvocato (Italy) and Solicitor Advocate (England & Wales), Camilla specialises in international arbitration (commercial and investment treaty) and public international law matters. Before moving to London, she practised in Milan, Houston and New York. She has represented individuals, companies, states and state-owned entities in international arbitrations across a range of sectors, including the apparel, aviation, energy, gambling, infrastructure, metal, media and railway industries in different regions of the world, including Europe, Africa, CIS countries and Latin America. She has experience in representing Italian companies in both commercial and investment treaty arbitrations and has been involved in arbitrations under the auspices of the CAM, CIAC, ICC, ICSID, LCIA and UNCITRAL rules.

She is ranked as a Who’s Who Legal – Arbitration Future Leader (Non-Partner, Highly Regarded EMEA), Rising Star in Public International Law (The Legal 500 UK) as well as "One to Watch" in the UK by Best Lawyers UK.

She is a native Italian speaker, fluent in English, French and Spanish.