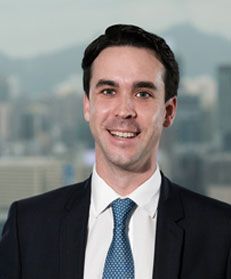 Cameron Sim is a senior associate at Debevoise & Plimpton, based in Hong Kong. Mr Sim specialises in commercial arbitration and he acts in proceedings worldwide under all major arbitration rules. He is admitted in New York, Hong Kong, England and Wales, and Australia and has appeared as advocate before tribunals seated in both Europe and Asia. Before joining the firm, Mr Sim clerked for the President of the Supreme Court of the United Kingdom and in the Judicial Committee of the Privy Council, obtained a first-class master’s degree in law from Oxford University, and trained at a magic circle firm in London. He is recognised by Who’s Who Legal (2021) as a future leader of international arbitration. He also currently serves as the Asia chair for the Institute for Transnational Arbitration’s under-40 group (the Young ITA). Mr Sim is the sole author of the treatise Emergency Arbitration (Oxford University Press 2021).