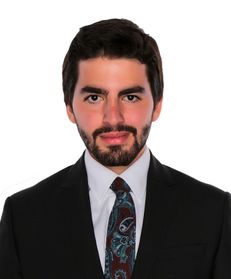 Berk Tuzuner is an associate at Cetinkaya representing companies and sovereign entities in their domestic and cross-border conflicts, particularly in international commercial and investment arbitration. Berk has dealt with various disputes arising from corporate, energy, construction and public international law throughout his career. Prior to joining Cetinkaya, Berk worked in the arbitration practice group of a major European law firm in Germany, where he supported lawyers acting both as counsel and arbitrators in a wide spectrum of disputes. Berk is familiar with legal scenes in Turkey and Germany, having studied and worked in both jurisdictions. During his education at Bucerius Law School in Hamburg he interned at the dispute resolution practice groups of two major international law firms and contributed to the representation of various clients from diverse sectors including automotive, aviation, construction and energy under different sets of rules including the International Chamber of Commerce (ICC), the London Court of International Arbitration (LCIA), the International Centre for Settlement of Investment Disputes (ICSID) and DIS Rules (Deutsche Institution für Schiedsgerichtsbarkeit).