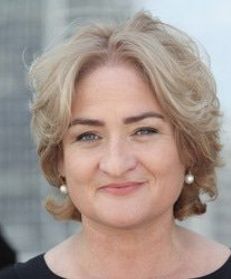 Founding and senior partner at GESSEL. Expert practitioner in arbitration, M&A, private equity and commercial law. Honorary President of the Lewiatan Arbitration Court (2017‑). Member of the ICC International Arbitration Court (2015-). Chair of the Audit Committee of the Polish Private Equity Association.Beata Gessel has acted as an arbitrator or counsel in cases under rules of ICC, FCC, IAA, SCAI, UNCITRAL, Lewiatan, KIG and National Depository for Securities. She is an adjunct professor in commercial arbitration as well as M&A transactions at the Cardinal Stefan Wyszynski University. In 2015 – 2017 she run comparative law research on breach of M&A transactions, as a visiting academic at Oxford University Law Department and at Cambridge University Law Department within the Herbert Smith Freehills Visiting Professors Scheme, which she now continues as a visiting scholar at Wolfson College, Oxford University.For many years, distinguished in Chambers Global and Chambers Europe in the most in-demand arbitrators category and recognized by the Legal500 as a Leading Individual in Dispute Resolution. She has been praised for her ‘inquisitive style’, ‘effectiveness’, and ‘strong business sense’ as well as ‘exceptional business acumen and second-to-none legal knowledge’.