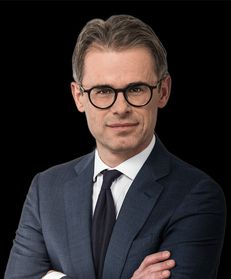 Bartosz Krużewski, a qualified Polish advocate, is a partner at the Warsaw office of Clifford Chance. He heads the Warsaw litigation and dispute resolution department, and co-heads the restructuring and insolvency group. He is also a member of the firm’s international commercial arbitration practice. Bartosz has extensive experience covering commercial litigation as well as local and international arbitration. Highlights of his arbitration experience include: successfully representing the government of Poland in an investment arbitration instigated by Mercuria Group; representing an auditor in a widely publicised arbitration with a value in excess of US$130 million relating to the valuation of an M&A transaction; advising an exporter in a high-profile multimillion-dollar arbitration over a gas supply agreement; as well as currently representing French and Spanish companies in road construction disputes and arbitration proceedings in Poland. Bartosz is chairman of the appointing committee at the Lewiatan Arbitration Court in Warsaw and an officer of the European Forum of the International Bar Association. He is chairman of the arbitration committee of ICC Poland and a member of the board of directors of ICC Poland. In the recent rankings by Rzeczpospolita (a major Polish opinion-­leading daily), Bartosz was named the Top Litigator in Poland in 2012, 2013 and 2014. Chambers Europe and Chambers Global rank him in Band 1. According to Chambers Europe 2014: ‘Sources say that Bartosz Kruzewski is always well prepared for court battles. Both clients and peers agree that he is one of the leading lawyers in this area of law, describing him as one of the best or even the best specialist in arbitration and dispute resolution in Poland. He is also building an excellent reputation as an arbitrator.’