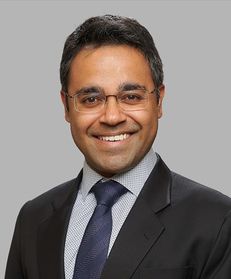 Avinash Pradhan is deputy head of Rajah & Tann Singapore LLP’s international arbitration practice. He also practises in Malaysia as a partner of Christopher & Lee Ong, a firm within the Rajah & Tann Asia network. Avinash’s practice encompasses a broad spectrum of commercial and corporate disputes. He is familiar with conducting international arbitrations under the major arbitral institutions as well as ad hoc arbitration, and with proceedings in both the Singapore and Malaysian courts. He has substantial experience of cross-border disputes and disputes involving a conflict between international arbitration proceedings and court litigation, and is adept at formulating and applying for urgent interim relief, including freezing and anti-suit injunctions. Recognised in Who’s Who Legal for his ‘superb advocacy skills and ability to explain complex concepts easily’, Avinash was named in 2016 as one of Singapore’s most influential lawyers under the age of 40 by the Singapore Business Review and has since been recognised in the 2017, 2018, 2019 and 2020 editions of Best Lawyers International as one of Singapore’s leading lawyers in the field of international arbitration.