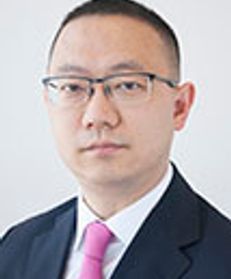 Arthur Ma is a partner in DaHui Lawyers’ dispute resolution team. Prior to joining DaHui, Mr Ma practised in various jurisdictions with leading international and local firms in Shanghai, London, Washington DC, Hong Kong and Beijing. Arthur’s practice focuses on foreign-related domestic and cross-border dispute resolution, with expertise in international arbitration. He has represented both foreign and domestic clients, ranging from individuals to SOEs, in litigation and arbitration both in China and overseas. He has also covered a broad range of industries in his practice, including construction and engineering, energy, manufacturing, and international trade. He also has represented clients in arbitral award enforcement proceedings in and outside of China. In addition, Arthur has participated in a range of FCPA investigations.

Since joining DaHui, Arthur has represented a leading Chinese photovoltaic manufacturer on its enforcement in India of a CIETAC award, a major SOE contractor on its defence and counterclaim in an international arbitration seated in England and Wales regarding a construction project in Oman, a leading PRC contractor in its claim for damages in a Singapore-seated arbitration regarding a power plant project in Indonesia and a local hi-tech company in its arbitration before CIETAC against a US-invested company in a contract dispute. The strength of his practice lies in the seamless combination of his understanding of local law and practice with his international background and experience.

He works in both Chinese and English. He is a registered PRC lawyer, as well as qualified in New York and England and Wales.