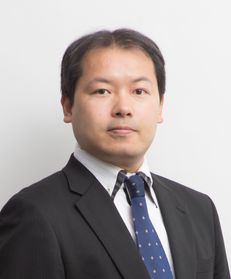 Aoi Inoue is a partner and co-head of international arbitration at Anderson Mori & Tomotsune. He specialises in international arbitration and litigation. He represents clients in a wide range of business disputes, including sales of goods, joint venture, distributorship, licensing, franchising, construction projects, complex financial products, labour and employment and product liability.

He has acted as counsel in a number of international arbitrations under various rules including the ICC, SIAC, HKIAC, JCAA, VIAC and UNCITRAL. He also serves as arbitrator and has been appointed to the panel of arbitrators of the JCAA, KCAB INTERNATIONAL and Japan Sports Arbitration Agency (JSAA). He has been recognised as a leading arbitration lawyer in Who’s Who Legal: Arbitration, Who’s Who Legal: Japan, The Legal 500: Asia Pacific, Best Lawyers and Benchmark Litigation Asia-Pacific.

Aoi Inoue received his LLB from the University of Tokyo, and holds an LLM from Columbia Law School. He is admitted to practise in Japan and New York. He worked for Hughes Hubbard & Reed LLP, a New York law firm, as a visiting attorney (2010 to 2011) before he resumed his position at Anderson Mori & Tomotsune. He co-authored Law and Practice of International Commercial Arbitration (Maruzen-Yushodo, 2016).