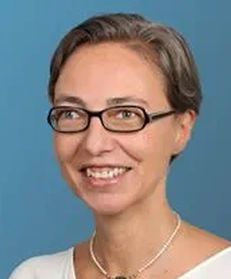 Anna has been recognised by Who’s Who Legal as a Future Leader from 2017 to 2020, as “one of Europe’s top names”, and as an “efficient and pragmatic lawyer who is great to work with”. Since 2021, Who’s Who Legal ranks her as global leader in arbitration and she is also ranked by Chambers for her specific experience in Switzerland. Legal 500 Germany mentions her as a key contact. She serves as a member of the ICC Commission on Arbitration and ADR. Anna is a member of DIS, ASA and VIAC, an immediate past Global Advisory Board Member of ICDR Y&I and has led the German DIS 40 group for three years. She also is Vice President of the Chinese European Arbitration Association.

Anna acts as lead counsel in international commercial arbitrations, in particular in the energy, plant engineering and renewable energies sectors. She has experience of conducting arbitrations under a wide range of rules including those of the ICC, SAC, DIS, LCIA, SCC, as well as in ad hoc arbitrations also under UNCITRAL rules.