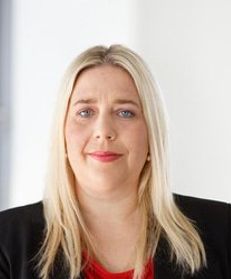 Anke Meier, a partner in the Frankfurt office of Noerr LLP, is admitted to practise as an attorney in Germany and New York.

She has acted as counsel, or local co-counsel, for international and domestic clients in more than 50 arbitrations conducted under various arbitration rules as well as in ad hoc arbitration proceedings, including expedited cases and applications for interim measures. Additionally, she serves as party-appointed arbitrator, sole arbitrator or presiding arbitrator on a regular basis. She also advises clients in complex German and US litigation, including the international taking of evidence and in proceedings filed before the domestic courts in connection with arbitration proceedings for recognition and enforcement of awards, jurisdictional disputes and challenges, among other things.

Anke Meier has broad experience in commercial and investment arbitration with a particular focus on disputes in the energy sector. Her practice comprises primarily large and complex international cases with a regional focus on the US and Eastern Europe. However, she also has experience with disputes involving Asian and African parties. She is frequently involved in post-M&A disputes, construction disputes and disputes arising out of supply contracts.

In 2013, the Federal Republic of Germany appointed her to the panel of conciliators of the International Centre for the Settlement of Investment Disputes (ICSID).