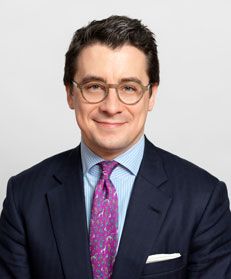 Andrey Panov is a counsel in Allen & Overy’s dispute resolution practice based in Moscow. He has over 12 years of experience representing his clients before Russian and foreign courts, as well as before international arbitral tribunals.

Andrey has acted as lead counsel and conducted his own advocacy in numerous commercial, construction, and investment arbitration cases under the ICC, SCC, LCIA, SIAC and ICAC rules. He has also represented clients in many high-profile commercial and corporate disputes at the Russian courts of all levels, with some of his cases becoming precedents cited by the Presidium of the Supreme Arbitration Court of the Russian Federation.

Andrey has advised his clients on litigations conducted in foreign jurisdictions including England and Wales, Switzerland, Cyprus, Jersey, the British Virgin Islands and the Marshall Islands. In addition, Andrey sits as an arbitrator in domestic and international cases under various sets of rules, including those of the ICC.

Andrey is a fellow of the Chartered Institute of Arbitrators, the councillor of the LCIA European Users’ Council and a member of the VIAC International Advisory Board. He is recognised in all major legal directories, including The Legal 500, Chambers and Partners, Who’s Who Legal and Best Lawyers.