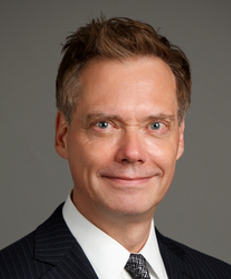 Andrew White is a Senior Foreign Counsel and co-chair of the International Dispute Resolution Practice at Yulchon. His practice focuses on international disputes and cross-border commercial transactions involving business and investment interests in Korea, North America, Indonesia, Singapore and the Middle East. Backing up his effectiveness as a persuasive cross-border and cross-cultural negotiator, Mr White has practiced more than 35 years as a litigation lawyer (trial and appellate, arbitration/mediation) in the United States and internationally, and he passed the Bar Examinations and has been admitted to the State Bars of Florida, Georgia, North Carolina and Colorado, as well as the United States District (trial courts) and United States Circuit Courts of Appeals in those States. Since 1992, he also has been admitted and has appeared as counsel before the United States Supreme Court. Immediately prior to joining Yulchon, Mr White was head of a practice group for a London-based international law firm, and he was also previously a partner and manager of a regional office for a major US-based law firm, as well as a partner in a German law firm. Beginning in the early 1980s, he specialised his law practice in construction transactions and arbitration, and he was a co-author of a leading American treatise and digest of construction and design law.  In more recent years, Mr White broadened his expertise to include commercial interests between the US, Asia and the Middle East, including Islamic law, finance and insurance (takāful). Mr White is a Fellow of the Singapore Institute of Arbitrators (SIArb), and he also holds an appointment to the International Chamber of Commerce (ICC-Paris) Task Force on Financial Institutions and International Arbitration. As a professional arbitrator, he has arbitrated extensively through the American Arbitration Association, and holds an appointment to the Singapore International Arbitration Centre Panel of Arbitrators, as well as the Asian International Arbitration Centre. Mr White was formerly an Adjudicator in Singapore’s Financial Industry Disputes Resolution Centre (FIDReC). He also was trained as a Court-Certified Mediator in 1992 and was certified by the North Carolina Dispute Resolution Commission (Administrative Office of the Courts) as a mediator in the Mediated Settlement Conference Program of the State Courts.