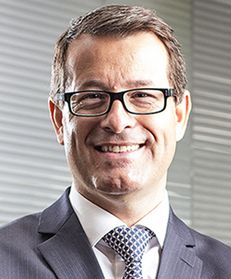 André de Luizi Correia is a founding partner of CFGS Advogados and focuses on arbitration and complex litigation. He is currently handling various high-profile arbitration cases, involving infrastructure, construction and corporate disputes. Prior to forming CFGS, he served for 10 years as the co-head of litigation and arbitration for a leading Brazilian firm.

André’s qualifications include an LLM with honours in business law from Northwestern Pritzker School of Law (2014) and an LLM in procedural law (1999) and a JD (1995) from the Pontifical Catholic University of São Paulo. He has been a member of the Brazilian Bar Association since 1996, has been on the Support Committee of Revista de Processo since 2000, was a member of the advisory board of Revista de Arbitragem e Mediação from 2010 to 2016 and has been on the Committee for Banking Law Studies at the Brazilian Bar Association since 2014.