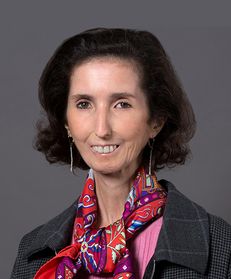 Amal Bouchenaki is a partner in the New York office of Herbert Smith Freehills, where she specialises in investment treaty, international commercial arbitration, as well as other forms of alternative resolution of complex international disputes. She is a French and Algerian national and is qualified as a French avocat and a California attorney.

Amal advises multinational companies and states in the Americas, Europe, the Middle East and South East Asia in relation to complex disputes in a variety of industry sectors including infrastructure, pharma and health sciences, telecommunications, and energy and extractive resources. She acts as counsel in complex arbitrations conducted under the major arbitration rules. Trained in both the civil law and common law systems, Amal has handled disputes involving an array of complex procedural and substantive issues.

Amal’s working languages are English, French, Arabic and Spanish. She is proficient in Italian, and has a basic knowledge of spoken Mandarin.