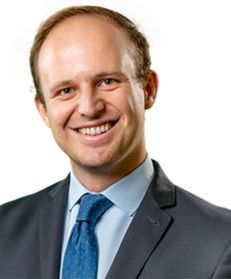 In addition, he has extensive experience representing clients before the Spanish courts and tribunals in disputes relating to agency, distribution and supply contracts, as well as in proceedings for damages arising from infringements of competition law.

He is a lecturer at the Universidad Pontificia Comillas in Madrid, where he teaches philosophy of law to both national and international students.