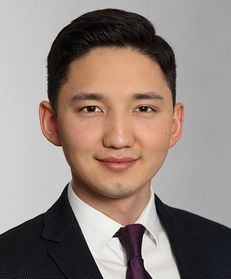 Adilbek Tussupov is a member of the firm’s dispute resolution team based in Frankfurt. He focuses his practice on international dispute resolution matters, with a particular emphasis on investment and commercial arbitration. Adilbek has experience representing governments, sovereign wealth funds and diplomatic missions in arbitration and litigation. His recent work includes defending an Eastern European state in a multimillion dollar investment arbitration under the International Chamber of Commerce Arbitration Rules, as well as representing a government in post-arbitration enforcement proceedings in several jurisdictions.

Prior to joining Herbert Smith Freehills, he worked as a senior lecturer at the chair of international law at Kazguu University and held a position with an in-house counsel team of the Kazakh sovereign wealth fund, Samruk-Kazyna JSC. Adilbek is admitted to the Kazakh Bar and regularly lectures in universities in Kazakhstan and Uzbekistan. He is a native speaker of Russian and Kazakh, is fluent in English and has a working knowledge of German.