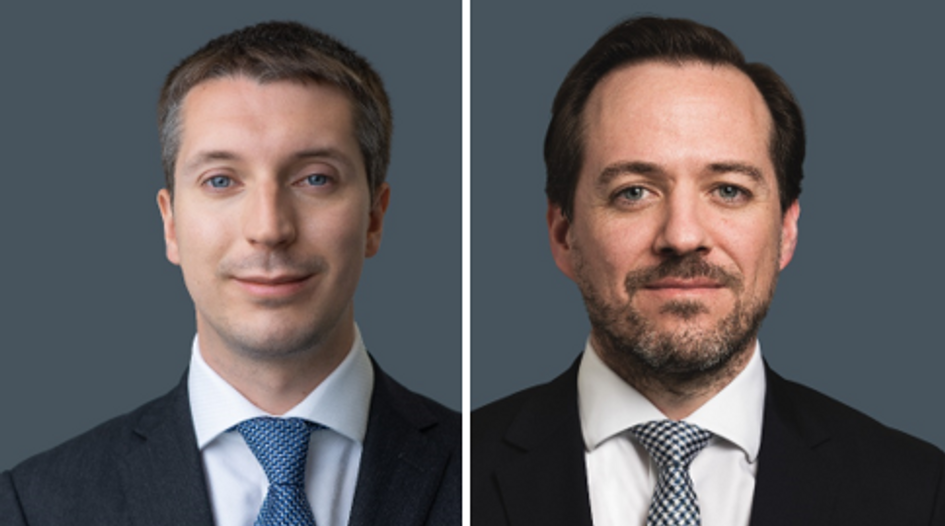 Robert Bradshaw, who helped to win a US$1.78 billion ICC award against a Korean airline, has been promoted to counsel at Lalive in London alongside Kevin Huber, who has defended Iraqi Kurdistan in a multibillion-dollar oil and gas dispute.

The promotions take effect at the start of next year.

Bradshaw practises commercial and investment arbitration in the energy and mining, transport and technology industries.

He also helped Swiss-led catering venture Gate Gourmet Korea win an ICC case against Korea’s Asiana Airlines. The award upheld a pricing mechanism in a 30-year catering contract, a finding worth US$1.75 billion to the client. It was recently upheld by the Singapore International Commercial Court.

James Lin, Gate Gourmet’s general counsel for Asia-Pacific, says Bradshaw is a “rising star” and “readily masters the details of even the most complex disputes”. He praises Bradshaw’s “remarkable ability to know exactly the business objectives of his clients and formulate a practical plus effective legal strategy”.

Bradshaw studied law at the University of Birmingham before joining Hogan Lovells in 2014. He worked in the firm’s London and Paris offices before joining Lalive as an associate in 2019.

He is also the UK vice-chair for Young ITA – the under-40 group of the Institute for Transnational Arbitration. He holds higher rights of audience before the English courts.

An Irish-US national, Huber has acted in disputes in the construction, energy, mining, financial services, insurance, and consumer products industries. At his former firm WilmerHale, he represented the Kurdistan regional government of Iraq in a multibillion-dollar gas dispute with a UAE consortium that settled in 2017.

His current clients include Latvia in an ICSID arbitration brought by an insolvent Latvian bank and its UK shareholders; and Australian mining company EnviroGold in an ICSID additional facility claim against the Dominican Republic. He is also acting for an Italian engineering contractor in a Swiss-law ICC arbitration relating to an oil and gas project.

Huber studied international relations at the London School of Economics, political science at Villanova University, and law at the University of Miami. He joined WilmerHale in 2012 and was promoted to counsel in 2019, before joining Lalive in 2020. He is admitted to the New York bar.

Co-chair of Lalive’s arbitration group Joachim Knoll describes Huber as an “integral part of our team over the last two years, who is greatly appreciated by clients and within the firm alike”.

Knoll praises his “competence, calm demeanour and fine humour” and describes him as a “no-nonsense lawyer and a fierce cross-examiner who is as much at ease in complex technical disputes as in investment treaty cases”.

WilmerHale partner and Huber’s former colleague Steven Finizio says “I am not surprised to learn about Kevin’s promotion at LALIVE, which I am sure is well-deserved” and calls him “bright and dedicated, and a good colleague”.

Lalive opened in London – its first office outside Switzerland – in 2018. The office was home to partner Timothy Foden before his move to Boies Schiller Flexner in April. Last year, Genevieve Poirier joined Lalive in London from Skadden.