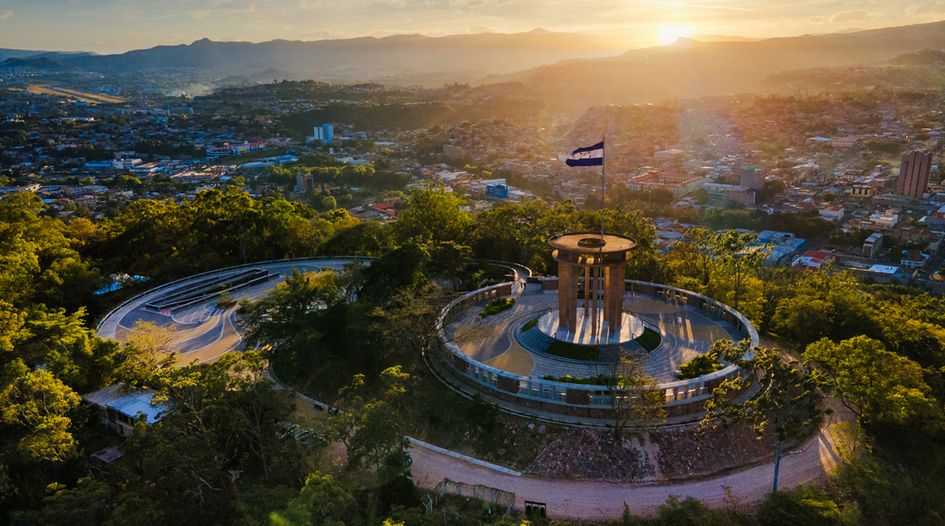 UPDATED: A US investor has formally notified Honduras of its intent to bring a treaty claim potentially worth nearly US$11 billion over plans to repeal special economic zones, while the central American state has also been threatened by several energy companies.

The investors are represented by White & Case partners Ank Santens in New York and Francisco Jijón in Washington, DC.

The group previously submitted a request for consultation and negotiation in June, following letters in April and May. It says that Honduras has not responded to any of these.

Próspera is the promoter and organiser of a special employment and economic development zone (ZEDE) based in the Bay Islands and Atlántida departments of Honduras.

Honduras introduced ZEDEs in 2013 through amendments to its constitution. Próspera says its ZEDE offers an innovative regulatory environment and a minimum wage that is higher than the national minimum wage, and can facilitate Hondurans to start business more easily than elsewhere in the country.

The group say it acquired or optioned rights to over 1,000 acres for the zone and invested in real estate and infrastructure. According to the notice, it planned to invest US$500 million in Honduras by 2025.

Próspera says these investments were made in reliance on the stability of the legal framework for ZEDEs for at least half a century.

However, a new left-wing government under President Xiomara Castro took power in Honduras at the start of this year. A few months later, the National Congress of Honduras began the process of amending its constitution to remove the ZEDE legislative framework and repeal the original ZEDE laws, with no provisions for the status of existing ZEDEs.

Próspera contends Honduras has breached DR-CAFTA by according more favourable treatment to Kuwaiti investors; failing to accord fair and equitable treatment, including with respect to expectations of legal stability; expropriating its investment; and interfering with the group’s ability to wire funds.

The investors say they will also claim for breaches of the charter for their ZEDE and a legal stability agreement the group concluded with Honduras in 2021.

They estimate the value of the claim at several billion US dollars, and say it might be as high as US$10.8 billion.

Meanwhile, Honduras has been notified by several foreign-owned energy companies under various treaties for allegedly outstanding energy purchase debts of hundreds of millions of dollars and other alleged breaches.  GAR understands the investors are using a different team from White & Case, along with Aguilar Castillo Love in Honduras.

On 1 November, local newspaper Dinero reported Honduran energy minister Erick Tejada as saying two companies, one of them with Panamanian capital, had notified their intent to arbitrate under DR-CAFTA because of unpaid invoices. He did not name the companies.

Tejada said payment would be made within two to three months and priority would be given to 14 companies who signed a memorandum of understanding with state-owned energy company ENEE last month to lower tariffs in 16 energy contracts.

The MOU followed legislation passed in May that authorises the government to renegotiate electricity tariffs with renewable energy producers.

Enrique Rodriguez-Burchard of Aguilar Castillo Love tells GAR that the new regulations require the renegotiation of “more than 70 contracts under adverse conditions for the investor, in addition to contemplating the acquisition of assets under a ’fair price’ mechanism that is not enough to hide the direct threat of expropriation”.

He says that despite ENEE’s failure to pay its debts, “the generators continue to inject energy into a deficient infrastructure that produces millions in losses that have bankrupted the ENEE”.

However, he says “the situation is unsustainable if there is no income to pay operating expenses or banking obligations. The country could enter an energy crisis never seen before.”

Dinero reports that two of the companies that signed the MOU have since submitted DR-CAFTA notices.

This article has been updated since it was first published to include content from Aguilar Castillo Love.

Counsel to the energy companies